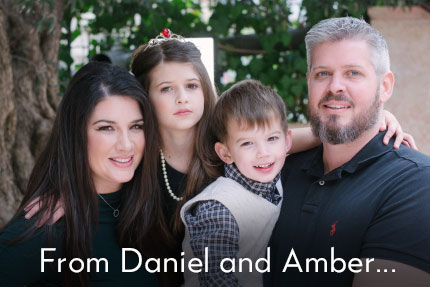 We just wanted to take this time to update everyone on what has been going on here in Israel — including our personal lives, the new Ministry Center, and everything in between.  We hope that you are encouraged and blessed by what God is doing here in the City of the Great King!

Jerusalem Updates and Prayer Points
Over the last two weeks, there have been extremely high tensions over the Temple Mount.  About a week and a half ago, two Druze police officers were shot and killed by a terrorist, while on guard duty just outside the Temple compound. They were 22 and 30 years old.  One of them left behind a baby who is under one month old.  Please take time to cover these two families in prayer during this extremely difficult time!

As a result of the attack, Jerusalem decided to install metal detectors near the Temple Mount in order to prevent any further smuggling of weapons into secured areas.  Muslim religious figures all over the region have called for civil unrest in response to tightened security measures. This incident has led to rioting in the streets near the Lion’s Gate, as well as Muslims setting up their prayer rugs around the Old City, since it has become difficult for them to reach the Temple Mount. The spirit of Islam is trying to make a statement, but we know that our King is greater and stronger than all the powers and principalities of hell that would come against this city.  Now, more than ever, it is important to declare Psalm 122:6 over Jerusalem, and to be watchmen who give God no rest!  We do not walk in fear because we know that we are victorious, but are to be sober minded and aware of the schemes of the enemy. Please pray that the Glory of God would again be poured out in the Temple and that He would be seated on His throne, as Isaiah saw in Isaiah 6:1.

Ministry Center Updates and Prayer Points
Just over one month ago, we started having regular Saturday evening meetings at the new Glory of Zion Ministry Center here in Jerusalem. For those of you who have been on this journey with us, you know the process that has gone into birthing this move of the Lord, and we are forever grateful for your prayers and support!  Right now, we feel like we are in a season of encouraging people with stories and testimonies of faith, perseverance, and overcoming.  Worship has been amazing and has been opening new portals and dimensions in the angelic realm.

Starting this month, on the last Thursday of each month we will be hosting RISE national worship gatherings.  Our first will be this Thursday, July 27.  This will be a chance for those all over the nation to come and worship, seek God, pray and receive ministry.  If you are ever in the Jerusalem area, we would LOVE for you to come and join us.  For information about local gatherings in Jerusalem you can email gzijerusaleminfo@gmail.com

Word of Encouragement from Eliana Katchkey
“Enlarge the location of your tent, let the curtains of your dwellings be stretched wide, and don’t hold back. Lengthen your cords; strengthen your stakes.” Isaiah 54:2
Recently, I have been meditating on this verse and have been seeking the Holy Spirit on what He wants to say.  This is a season of expansions of different varieties. The first expansion I saw was God coming in and expanding our hearts, to be able to hold and contain more of Him in order to give more of Him away to the world. Sometimes, though, there are walls that need to come down before expansion can take place.  I would encourage you to ask Him what the walls in your heart are, invite Him to knock them down, and then build the rooms in your heart the size that they need to be.  The second expansion I saw was an expansion of influence.  The Lord is breaking off fear of what could be, and is going to begin to show and release visions of the spheres and places He has given for you to walk into.

Travelling to the United States
We will be flying to the United States with our two children on July 30th and returning to Israel on August 15th.  The purpose of this visit is to obtain our final visa from the Israeli consulate on American soil.  Please pray there will be NO DELAYS.  Please also pray for renewed strength and grace upon returning to Israel, so that we can run full force in what God has called us to.

We bless you and love you,
Daniel, Amber, Lily and Elijah Pierce